A different category or class of colormaps, is the group of diverging colormaps. Unlike sequential colormaps, diverging colormaps start at their lowest (or highest) lightness value at both ends and monotonically/linearly increase (decrease) to the highest (lowest) lightness value in the center. They could be seen as two sequential colormaps combined together, that share the same lightness range and end/begin with the same color. This makes them very useful to represent information that has a critical middle value or when data deviates around a common center (usually zero), like topographical maps; radial velocity plots or probability distributions. The matplotlib package has quite a few diverging colormaps, but none of them starts and ends at the same lightness value; and most do not change perceptually uniform. Therefore, a few alternatives are introduced here, with a full overview being shown below. 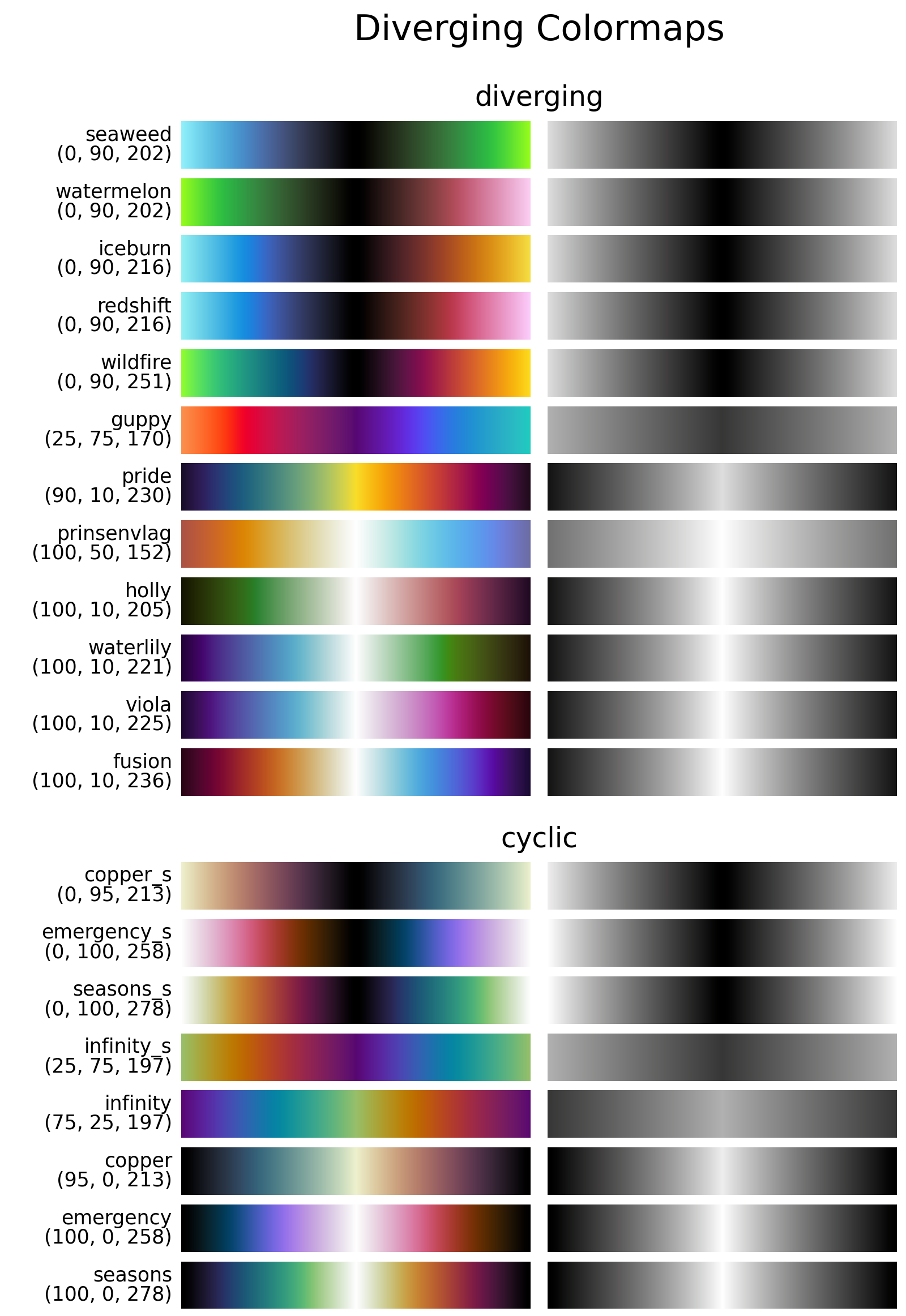